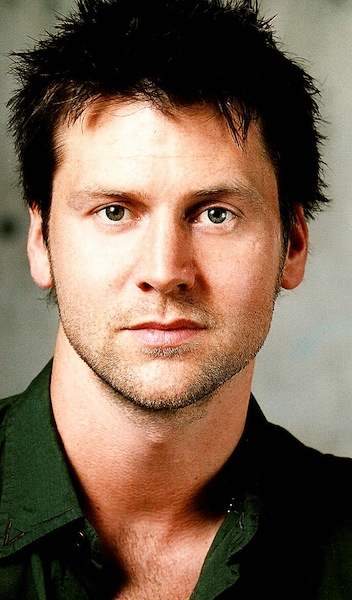 He’s one of Vancouver’s most sought-after actors. Sean Rogerson continues to pique audiences‘ interest with his latest project “Grave Encounters 2”—where he reprises his leading role as a ghost hunter. This independent film from the Vicious Brothers is a follow up to 2011’s popular release “Grave Encounters”. The plot is set around the filming of a paranormal investigation TV show and contains terrifying moments that shock even seasoned horror movie buffs. So entertaim.net interviewed the smart Canadian about this project and the supernatural tendencies …

Interview: Dennis Rowehl
entertaim.net: Let’s talk about „Grave Encounters 2“: You play the role as a ghost hunter. What’s the special thing for you playing a ghost hunter?

Sean Roderson: Really Big Stones! In the movie I am surrounded with cast a crew so it’s pretty easy for me to act confident. I had a scene in the first film where I had to sit in a bathtub down the hall from everyone else for sound reasons. Couple of takes and I was ready to head out.

entertaim.net: Ghost hunter reminds me to „Ghost Busters“ (laughing)  Would this be a great opportunity to play a main character in a comedy, possibly a paranormal comedy?

S.R.: Oh Heck yeah. Ghostbusters was genius. I remember watching the second one cheering and clapping in the theatre.

entertaim.net: Do you personally believe in things like paranormal activities, telekinesis, orps and strange things like this?

S.R.: I would have to say yes to a few of those, not all but a few. I believe that life or spirit or whatever you want to call it can manifest itself in many ways. Just not in the form of a child crawling through a TV.

entertaim.net: It’s a good time for Horror movies cause it’s close to Helloween. Do you also have pumpkins on your veranda?

S.R.: I try to get in the spirit of each holiday to the best of my ability. Yes I have pumpkins on my veranda and I get them from a pumpkin patch just out of town each year.

entertaim.net: You come from Edmonton. I’ve been there twice … I remember the big shopping mall. Where do you live right now?

S.R.: (laughing) The mall is gigantic huh? I would head there every year on boxing day with my friends and hit all the carnival rides. I currently reside in Vancouver, British Columbia.

entertaim.net: You played roles in famous TV shows like „Supernatural“, „Psych“ … it’s almost about mystery. What do you think, why are mystery TV-shows that successful?

S.R.: I think people find the fun in problem solving and all these mystery shows are about unraveling the twists and turns and putting all the pieces in place. Plus a lot of them have monsters and people with super powers and both those things are cool!  I wouldn’t say I have been drawn to them but I sure have enjoyed the work. Just happens to be the kind of jobs I have procured.

entertaim.net: Thank you, Sean. Good luck with „Grave Encounters 2“, maybe you’ll be at a film festival in Europe soon …

S.R.: That would be amazing! Thanks for talking to me.